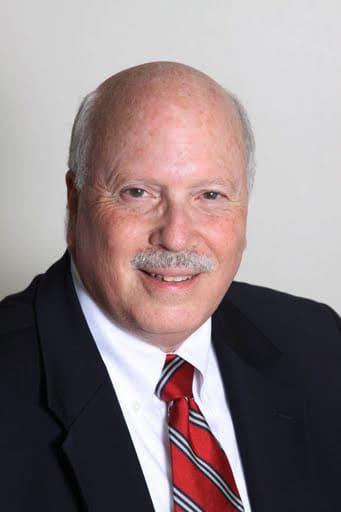 Gordon Joseloff is a Westporter whose family ties to the town go back 90 years. Born in New York City on May 13, 1945, Joseloff moved with his family a short time later to Westport. He attended Saugatuck Elementary School and Bedford Elementary School (now Town Hall) and was among the first students to attend Coleytown Elementary School when it opened in 1953.

Joseloff’s award-winning, around-the-world journalism career began in his hometown. In 1961, he and three other teenagers began a student-run radio station in Westport, WWPT. With studios in the Westport YMCA and transmitter at Compo Beach, the station broadcast music and news with Joseloff as its 16-year- old news director.

The next summer, Joseloff was hired by the Westport Town Crier, Westport’s only weekly newspaper at the time. His beat included coverage of the Representative Town Meeting (RTM), where he observed Moderator Ralph Sheffer in action. That memory was instrumental in his decision 30 years later to run for the RTM.

After graduating from Syracuse University in 1967, Joseloff spent more than two decades with United Press International and CBS News in New York, London, Moscow, and Tokyo covering many of the world’s major news events. In 1984, he was awarded an Emmy for his coverage of the assassination of India’s Prime Minister Indira Gandhi. He returned to Westport in 1989.

Among Joseloff’s many initiatives was creation of the citizens’ School Building Committee, which oversaw the multi-million dollar building, renovation and expansion of the Westport school system since 1997.

A firm believer in open government, he launched the town’s “town hall” electronic mailing list initiative in 1998, a first among Connecticut municipalities. And he was instrumental in establishing live television cable coverage of Westport town meetings, starting with the RTM. Later, he added live “streaming video” of the meetings to the town Web site.

As both a state-certified volunteer firefighter and emergency medical technician since 1991, Joseloff has worked side-by-side with the town’s police, fire, and emergency medical service personnel. He is a key participant in the Region 1 (southwest Connecticut) disaster readiness planning effort of the state Department of Emergency Management and Homeland Security

With an avid interest in Westport’s history, Joseloff serves on the Westport Historical Society’s Advisory Board and was an advisor to author Woody Klein for his 2000 book, “Westport, Connecticut: The Story of a New England Town’s Rise to Prominence.”

In 2003, Joseloff launched a local community news Web site for Westport, WestportNow.com. It has gained a wide following locally as well as national attention for its professionalism and innovative use of citizens to report and photograph local events. Upon taking office, he turned over editorial control to others but retained a financial interest in the company.

The Joseloff family has a 90-year association with Westport. Robert Joseloff, Gordon’s grandfather, purchased a downtown property adjacent to the old Westport Town Hall in 1915 from William Nash and opened Westport’s first movie house there in 1916, the Fine Arts Theatre. The property remains in the Joseloff family.

Joseloff is the divorced father of two, both of whom went through the Westport school system. Daughter Anna-Liisa, 29, a 2002 graduate of New York University, obtained her law degree in May 2005 from Quinnipiac University in Hamden, Conn., where she was editor of the law review. She is currently employed at the Law Office of the Capital Collateral Regional Counsel – South in Fort Lauderdale, Fla., a state-funded office that represents death row inmates in state and federal post-conviction proceedings.

Son Benjamin, 27, a 2004 New York University graduate, received his law degree from Stanford University Law School in May 2008 and just completed a year as a law clerk to U.S. District Judge Janet C. Hall in Bridgeport, Conn. He will be joining a New York law firm.